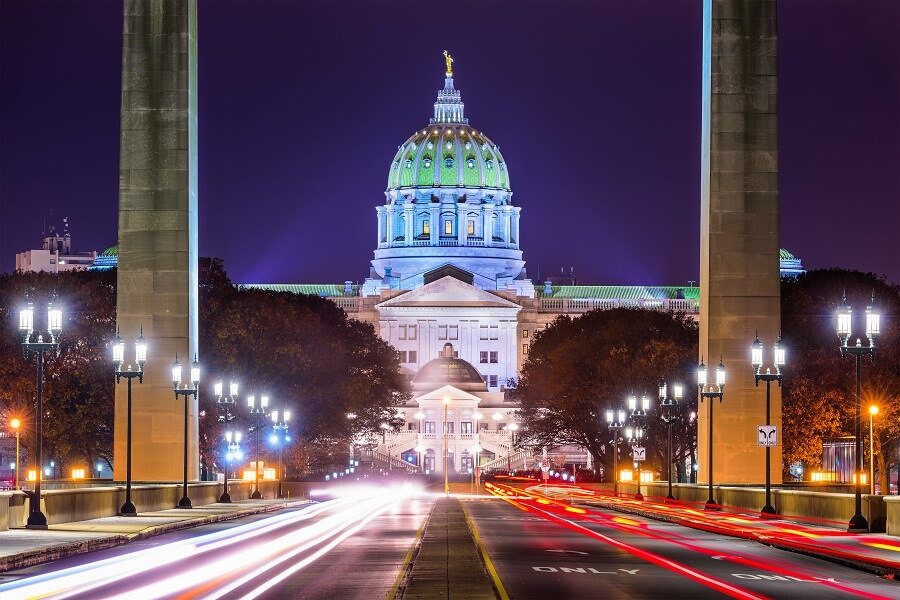 The Pennsylvania Senate passed a bill, SB 128, that would retroactively prevent mandatory paid sick leave ordinances on the local level. The bill passed by 37-12 preempts local cities and counties from requiring businesses to provide paid sick leave. The bill has not yet moved through the House.

Advocates of the bill say that it’s necessary to have uniform laws across the state and to prevent local governments from doing something crazy. Supporters of paid sick leave believe that the state is overstepping their authority.

Yet, this bill may serve to further enforce earlier bills that should have prevented local sick leave ordinances.

Both Philadelphia and Pittsburgh have adopted Home Rule Charters. Then in 2015 both cities passed mandatory sick leave ordinances. Even while passing the Sick Leave Ordinance, Pittsburgh city officials noted that they realized the ordinance might be illegal under state state law.

Under the State’s Home Rule and Optional Plan Government Law, Section 2962(f) of the Charter law titled “Regulation of Business and Employment” are specific guidelines regarding the rights of cities to enact employment laws.

“A municipality. . . shall not determine duties, responsibilities, or requirements placed upon businesses, occupations,  and employers. . except as expressly provided by statutes.”

The Pittsburgh Paid Sick Leave Ordinance was introduced by a Pittsburgh Council member, Corey O’Connor and was approved by the city council less than a month later. The new ordinance was set to provide up to 24 hours of paid sick leave to employees of businesses with 15 or less employees. For employees of larger businesses, those with 16 or more employees, sick leave would be awarded up to 5 days of sick leave a year. Employees could earn sick leave at the rate of 1 hour for every 35 hours worked. The ordinance allowed employees to roll unused sick leave from year to year, but also allowed employers to limit sick leave usage to a maximum of 40 hours a year.

Set to take effect in January, 2016, the ordinance gave small employers, those with less than 16 employees, a year of adjustment by allowing them to provide unpaid sick leave for the first year to employees.

Under the ordinance, employees could use sick leave for themselves or for an allowed family member. They could use sick leave for mental of physical illness, injury, or health condition. If their place of business, or a family member’s school, work, or place of care was closed by a public health official or if the individual had been exposed to a communicable disease.

Family members allowed under the ordinance included children, spouses or domestic partners, parents, grandparents, siblings, and any other person that the employee has a received oral permission from the employer to care for when requesting sick leave.

A Conflict in the Law

Yet, even after passing the Paid Sick Leave Ordinance, Councilmember Darlene Harris noted that when she sought an opinion from the city solicitor’s office she was told the bill “runs afoul of the Home Rule Charter and leaves the City vulnerable to a legal Challenge.”

Which is exactly what happened less than a month later.

The Pennsylvania Restaurant and Lodging Association, combined with 5 local businesses, sued the city over the legality of the law.

The city agreed to halt the implementation of the law for 90 days, and made the new date of enforcement March 10, 2016.

Then in December, 2016, an Allegheny Court of Common Pleas judge ruled in their favor.

Since 2015, the law has been in limbo. Employment attorneys warned that Pittsburgh’s Paid Sick Leave Ordinance and the court battle may spill over to Philadelphia.

Philadelphia passed their Healthy Families and Workplaces Ordinance in February, 2016, just months before Pittsburgh’s ordinance passed. Unlike Pittsburgh’s Paid Sick Leave Ordinance, the Philadelphia ordinance has not been challenged in court and became effective on May 13, 2015.

The Philadelphia law requires paid sick leave to employees of businesses with 10 or more employees. Employees can earn up to 40 hours a year and in addition to the allowable reasons found under the Pittsburgh Sick leave ordinance, employees can also use sick leave after domestic violence to seek treatment, counseling, legal services, relocation and other remedies and support. The law covers all employees who work in Philadelphia for at least 40 hour or more each year. For more information see our in depth overview of the Philadelphia Healthy Families and Workplaces law.

What Happens Next for Employers?

Businesses in Philadelphia who have already made strides to meet the Sick Leave Ordinance should continue to comply with the local ordinance. However, they and other employers across the state should keep an eye on the new bill that is progressing through the legislature. Companies already offering this benefit as required under Philadelphia law may need to consider if they will continue to offer the benefit should the ordinance be preempted by bill SB 128.

Companies and Employers often need to manage compliance between Local, State, and Federal Employment laws. It can become difficult to navigate through laws that often overlap, sometimes conflict, and always carry penalties. Fortunately, SwipeClock provides a comprehensive array of workforce management and time tracking tools that can help businesses to more easily stay in compliance with local and national laws.