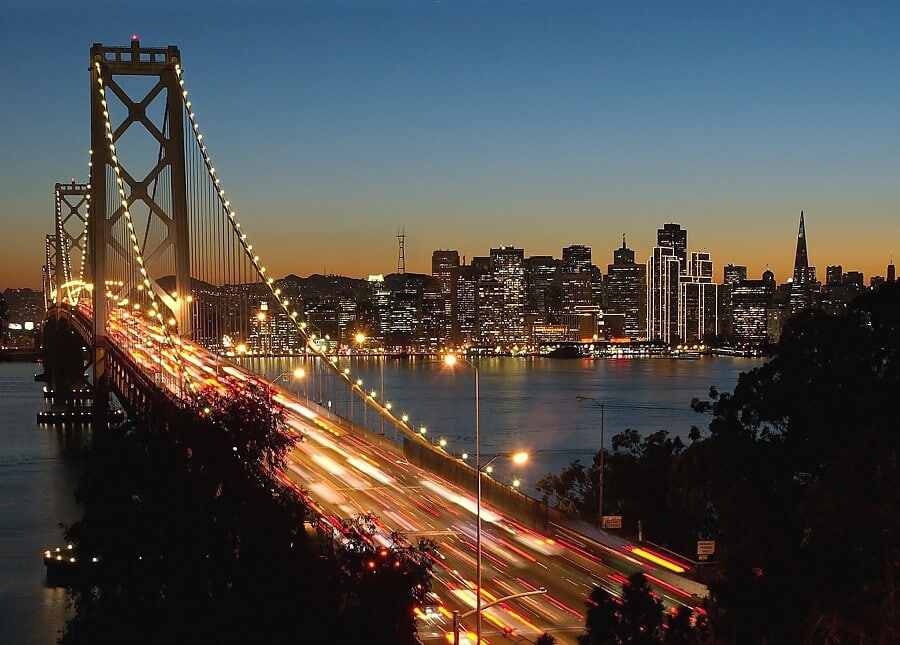 In 2014, San Francisco passed the country’s first Advanced scheduling law in the form of a Retail Employee Bill of Rights Ordinance. Shortly afterward, Seattle and Emeryville would pass similar ordinances.  The ordinance specifically covered retail employees of chain establishments, those with 40 or more establishments worldwide or at least 20 employees in San Francisco. It includes not only the retail employees but also janitorial and security contractors of those businesses.

It strictly limits employers ability to post or modify employee schedules and imposes heavy penalties for employers who do so. The law went into effect in October 2015 and was fully in effect in 2016. Backed by major unions, the law was a response to decreased union membership and, as a result, negotiating power. Unionized companies are exempt from the increased documentation and restrictive communication with employees regarding schedules (no texts or calls).

Overview of the New Employee Bill of Rights Ordinance

The new law requires an advanced schedule to be posted at least 2 weeks prior to shifts starting and requires employers to pay employees a minimum of 2-4 hours of additional pay when employee schedules are changed.

For on-call employees, payment of the same hourly wages must be paid to them if their shift is canceled or modified within 7 days notice with predictability pay. If the shift was less than 4 hours long, then at least 2 hours of wages must still be paid to the employee.

The law also requires that additional hours be offered to existing employees prior to the company’s hiring of new additional part-time, temporary, or seasonal employees.

Employers must offer additional hours to part-time employees before they can hire any new employees, temporary, part-time or seasonal. The employee has to have 72 hours to accept the new work before the employer can hire. Employers have to make the offer in a conspicuous place in the workplace.

This section of the law means that when employers are faced with scheduling absences due to sick leave or other short-term emergencies, they are unable to adjust. Employees in San Francisco are entitled to paid sick leave, but in many cases may not inform the employer 3 days ahead. This means the employer has no choice but to pay penalty pay and bring in another employee or to ask the other employees to do more during those hours to cover absent employees.

It also makes it difficult and expensive for businesses to adjust schedules based on unexpected weather, events or consumer traffic.

All employees who have been employed for 6 months or more are guaranteed a job for at least 90 days after their place of employment is sold, bought, merged or otherwise changes hands. No changes can be made by the new employer until after the 90 day trial period has ended.

This could impede business success for companies who are sold due to profitability issues and limits management’s ability to make changes that can make profitable a business headed for closure.

Employers are required to give initial notices of the employee’s estimated work schedules at least 2 weeks in advance. The good faith estimate must include the estimated number of hours the employee will work in the month, shifts per month, and the estimated schedule for the month.

Any changes to the schedules with less than 7 days of notice results in the employees being paid an additional 1-4  hours of wages. If the changes take place at least 24 hours before the scheduled shift, employers pay 1 hour of wages.

The same rates of pay apply when employees must call in for a shift, but aren’t required to work.

The bill of rights is supposed to provide employees with increased stability in their work schedules, increased opportunities, and reduced stress in planning around work shifts. However, that has been far from the reality of the law. As many have learned, strict laws often cause strict employers.

Often part-time work is a gateway to full-time employment or provides an opportunity for increased income with a restricted schedule. Students, parents and those with less work experience often seek part-time work as a way to earn income while increasing their education, is available for other obligations, their family, or to get their foot in the door of a desired employer.

Additionally, flexibility is often cited by employees as one of the greatest benefits of retail employment, but that changes with these laws.

Results of the Workers Bill of Rights

One study of the restaurant and retail businesses also found that as a result of these new laws, San Francisco employers offered less flexibility to their employees, curtailed hiring, and offered fewer overall jobs. 35% of the employers surveyed offered less flexibility to their employees. 21% are offering fewer part-time positions, 19% are scheduling fewer workers per shift. Additionally, 17% are offering fewer jobs across the company and another 6% are reducing customer service. Other companies were pursuing automated technology to replace employee positions.

The Washington Post reported on additional issues caused by the new ordinances. An unexpected heat wave in 2016 caused increased foot traffic. As a result, many grocers were unable to fill the increased need by consumers and keep supplies on the shelves.

“Supplies weren’t able to get out to the shelves…It just kind of snowballed and our customers had a bad experience, or the stores lose sales,” reported Ronald Fong, the President of the California Grocers Association.

In addition, “Workers grumble because the law discourages employers from offering extra shifts on short notice because they would have to pay the last-minute scheduling change penalty-even if workers would be happy for the chance to pick up more hours.”

Interfere with the employee/employer relationship and ability to negotiate shifts. Eliminate ability for employees to voluntarily pick up additional shifts, and money, with short-term notice. Create staffing issues when employees call in sick.

Among other issues cited are unexpected events or consumer response. These events would include if a local team makes it to semifinals or playoffs and retailers want to expand service around the games. It would also include the extra penalties a business would pay when customers come in right before closing and employees are asked to stay longer to service consumers or if a sale is successful and the business wants to extend it for a few days.

Now, none of these events comes without a penalty and an administrative price for the business.

Employers in San Francisco Must Automate Compliance to Reduce Expense

San Francisco has a variety of employment laws that employers must navigate. From the new Minimum wage laws, Mandatory Sick Leave Ordinance to the Employee Rights Ordinance, businesses are penalized for noncompliance and incomplete employment records.

Employers should consider some of the comprehensive tools offered by SwipeClock for advanced employee scheduling, timekeeping, and workforce management. These tools help to decrease the bottom line and to better predict scheduling needs while maintaining compliance with local employment laws.

The Full text of the ordinance