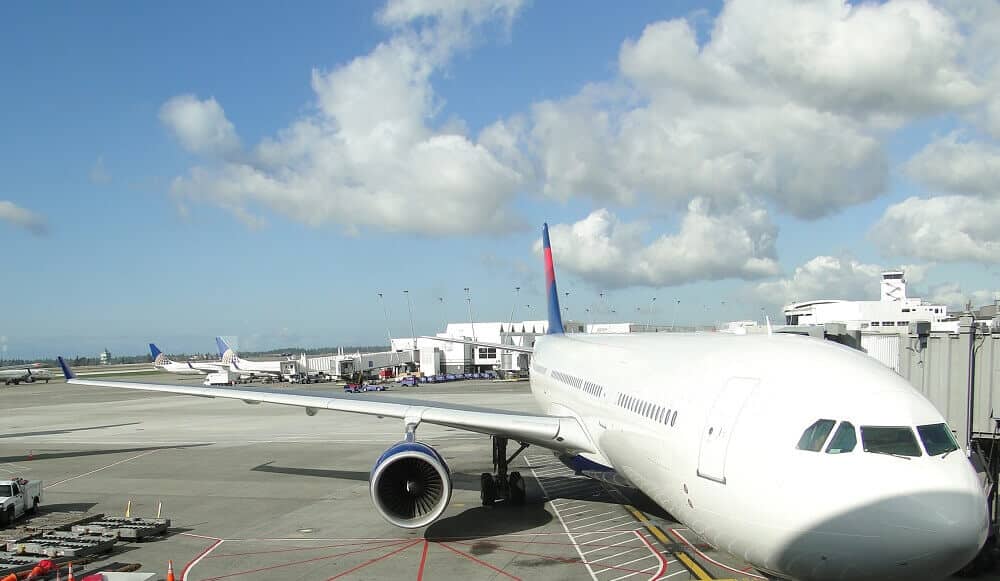 The City of SeaTac has seen a roller coaster ride when it pertains to their minimum wage and paid sick leave ordinance. First, the initiative barely passed in a vote, winning in 2013 by only 77 votes. Then the case against the new ordinance went to court, twice, on separate grounds. The most successful case, alleging that the new ordinance should not apply to an airport is not governed by SeaTac, but by the Port of Seattle. The suit first won when a judge declared that the 1,600 workers of the Seattle-Tacoma International Airport were excluded from the jurisdiction of SeaTac. Then, the case was appealed before the Supreme Court, where it was ruled that SeaTac did have the right to inflict minimum wage and sick leave laws on the employees of the Airport.

Covered Employees saw their minimum wage increase in 2015 to $15 an hour. In 2017, the new minimum wage is set at $15.34 an hour. The wage is determined annually by the Consumer Price Index for urban wage earners and clerical workers (CPI-W). Rates are announced October 15th of the preceding year and take effect on January 1. Employers are required to provide written notice to their employees through a poster. Tips, gratuities and service charges don’t count toward minimum wage.

Employers in SeaTac, and throughout Washington State are finding themselves navigating multiple sick and safe time laws. SeaTac’s sick leave ordinance provides the most comprehensive sick leave benefits to covered employees, ties employer hands, and conflicts with several surrounding city ordinances of its neighbors. Additionally the State of Washington has recently passed a new Sick Leave Ordinance that creates a new layer of sick leave laws that employers must maintain compliance with or face employment law penalties. The purpose of this article is to cover the main points of the SeaTac ordinances and some of the pitfalls for employers who may only have occasional-basis employees in SeaTac and may not be aware of the entire scope of the ordinances. The article will also have links to articles on the sick leave laws of surrounding municipalities Tacoma and Seattle, as well as an overview of Washington State Sick Leave Laws.

In a surprising turn of legislation, SeaTac voters passed a Paid Sick Leave Ordinance that applies specifically to hospitality and transportation workers. Unlike the surrounding cities of Seattle and Tacoma, SeaTac’s ordinance doesn’t apply to all workers. Under the new ordinance, covered workers will earn 1 hour of sick leave for every 40 hours worked in the City of SeaTac. The ordinance places no minimum number of hours before qualifying for sick leave accrual. Nor does the ordinance place any limits on accrual or usage.

The SeaTac Paid Sick Leave Ordinance went into effect on January 1, 2014. There was no added grace period for external employers who have occasional basis employees in SeaTac or for small businesses.

Transportation workers are any worker who 1) work for an employer with at least 25 or more nonmanagerial employees at any place that 2) the following services are performed. Those services include any employee who checks passengers in, works in baggage claim, wheelchair escort services, baggage or cargo handling. It also includes rental luggage cart services, aircraft cleaning (interior, carpet, exterior, lavatory), aircraft fueling, ground transportation. Lastly, janitorial or custodial service, facility maintenance services, security checks, or customer services are also included.

Transportation workers also include car rentals, shuttles, vans and buses, and parking lots. There are limits on the number of the fleet in order for the businesses workers to be included. The limits are as follows:

Employees who are exempt from the new ordinance include non-hospitality and transportation workers. Additionally, managerial workers are exempt from the new ordinance. Non-managerial employees who are employed by very small employers are also included. This would include hospitality workers whose employers have fewer than 10 employees. Transportation employees excluded would include employers whose sizes fall below those discussed in the section above.

Lastly, union employees can be exempt from the law if the collective bargaining agreement is specific and set forth in unambiguous terms.

Lastly, paid sick and safe time can be used when the employee’s place of business, or child’s school or place of care, has been closed by a public official to limit exposure to an infectious agent, biological toxin or hazardous material.

Allowable Family members under the ordinances include dependents, spouses, parents, grandparents, and grandchildren.

SeaTac’s Ordinance provides no probationary period for new employees to accrue or use sick leave. Covered employees immediately start accruing sick leave on the first date of employment. Once employees have worked their first 40 hours, they are immediately eligible to use that first accrued hour of sick leave. Further, there is no limit to the number of hours employees can accrue. Nor is there a sick leave usage limit.

SeaTac doesn’t require a sick leave bank because it requires sick leave to be paid out annually.

Any unused, accrued sick leave must be paid out in a lump sum at the end of the year. This means that Paid Sick Leave doesn’t roll to the following year.

SeaTac’s ordinance makes no mention of existing time off policies, doesn’t address front loading, and doesn’t provide a method for companies to use existing policies to meet the new Sick Leave laws. Employers who already offer Paid Time Off (PTO) should look at their policies and consult an employment attorney. The SeaTac laws are vague and strick for employers.

SeaTac also requires that employers who have additional hours first offer those hours to part-time workers before they can hire additional part-time employees or subcontractors. This prevents employers from temporarily hiring employees for short-term hourly increases and the ordinance does not address what happens when the hours must decrease again. The ordinance also prevents employers from maintaining a cheaper, part-time staff by forcing employers to offer full-time employment to existing employees and thus increases the total expenses through other benefits and required health care options.

All tips and service charges must be paid to the non-supervisory staff who perform the services. This includes room service tips, amounts collected from banquets, catered meetings, and porterage service. Management and owners of the hospitality or transportation service cannot share in those tips and charges collected.

Fines and Remedies provided by the SeaTac Sick Leave Ordinance

Businesses are prohibited against retaliating against employees who use their sick or safe time leave. As SeaTac doesn’t have a cap on accrual or usage and doesn’t allow for any kind of employer documentation of sick leave usage, employees have a long leash for abuse. The ordinance allows for employees to seek redress through the City and through a civil suit. Employees can seek repayment of attorney fees, double their missed wages, and other fines and penalties.

Businesses must maintain records for a minimum of 2 years. Washington State’s new Sick Leave law requires a 3 year retention period, as does Tacoma and Seattle. It would be wise for businesses in SeaTac to maintain all records for the 3-year minimum required by the state. Records must include hours worked in SeaTac, wages, and benefits provided to the employee. It must also include the accrual hours, usage hours and documentation that they unused hours were paid out at the end of the year.

Pitfalls for Employers to Avoid

Businesses who have employees in SeaTac, not to mention a growing list of other cities in Washington or surrounding states, may have to comply with multiple conflicting City ordinances defining Sick leave accrual and usage laws. Additionally, these businesses have to also comply with Federal Overtime Laws, the Family Leave Medical Act and any other national or local laws that are enacted. SwipeClock provides a comprehensive array of workforce management and time tracking tools that can help businesses to more easily stay in compliance with local and national laws. Records are effortlessly kept for years and accrual is automatically tracked and reported to employees according to the state and city laws. Additionally, with GEO-timekeeping clocks, businesses can effortlessly track time worked in specific cities to ensure compliance.