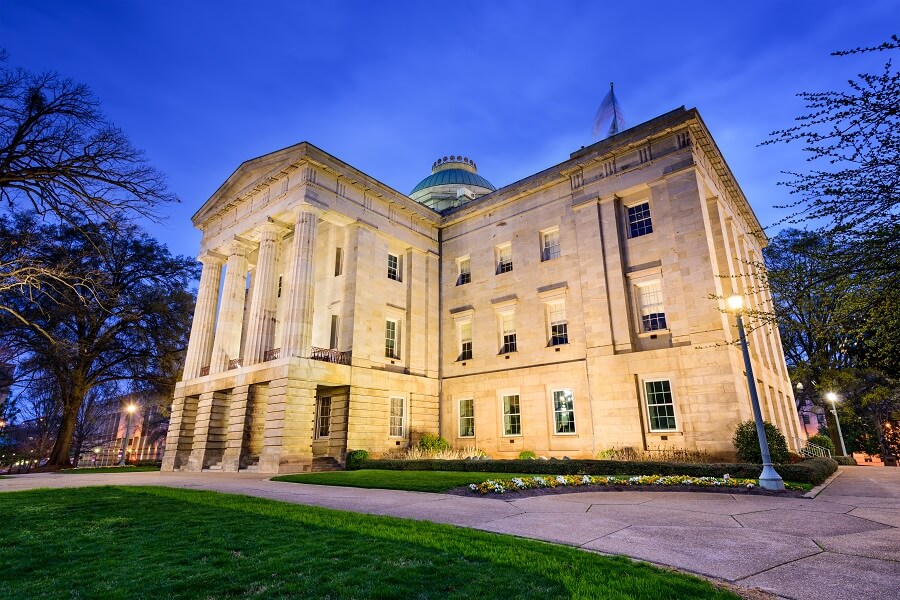 Part 2 of the law, titled the “Wage and Hour Act” prevents any local government, including cities, counties, or towns, from enacting any law that regulates employment compensation for private business. The law reads:

“The provisions of this Article supersede and preempt any ordinance, regulation, resolution, or policy adopted or imposed by a unit of local government or other political subdivision of the State that regulates or imposes any requirement upon an employer pertaining to compensation of employees, such as the wage levels of employees, hours of labor, payment of earned wages, benefits, leave, or well-being of minors in the workforce”

Thus, in addition to preempting local minimum wage laws, the law also provided a ban on local law mandating employer benefits such as required paid sick leave. With the passing of HB 2, North Carolina became one of two states in 2016 to pass a preemptive sick leave or minimum wage law that prohibits local controls on private employers. Alabama was the second state.

HB 2 was likely a follow up to HB 74, passed in 2013, which prohibited laws requiring government contractors to provide minimum sick leave days to their employers.

In fact, HB 2 adds additional clarifications to the law by stating that a city or county may not “require a private contractor. . . to abide by regulations or controls on the contractor’s employment practices. . .as a condition of bidding on a contract or qualification-based selection.”

For North Carolina employers, the law doesn’t prohibit generous employee benefits or wages, but does prevent a patchwork of employment laws from being enacted across the state.

HB 174 “Economic Security Act of 2017” also provides an increase in minimum wage annually until 2021, when minimum wage would increase to $15 an hour. The law also increases the tip wage and allows up to $5 of tips to be counted toward the employees minimum wage. The Equal Pay portion of the law requires employees in the same job position to be paid the same as the other gender.

HB 174 also established a statewide mandatory sick leave law under Article 3 titled “Healthy Families and Healthy Workplaces Act” Also known as Paid Sick and Family Medical Leave, the act would provide paid sick leave to be earned at the rate of 1 hour for every 30 hours worked. Small employers, those with 10 employers or less at least 20 weeks out of the year can cap sick leave at 32 hours a week, while all other employers couldn’t cap sick leave below 56 hours a year.

The law provides for employees to take sick leave for themselves or their allowed family members for physical or mental illness, injury or health condition, preventative care, or to address the physical,  psychological, or legal effects of domestic violence, sexual assault, or stalking.

The bill would give employees up to 2 years to file complaints and make employers liable for remedies, back pay, and legal remedies.

Next Step for Employers

Business owners and HR managers in North Carolina should keep an eye on the pending legislation. SwipeClock will continue to monitor the updates to the bill to keep our partners and business clients informed. If it passes, minimum wage would become effective on September 1, 2017. Employees would start accruing paid sick leave on July 1, 2017, and the other provisions in the law, including the Equal Pay provisions, would become immediately effective.

As states pass additional local employment laws and employers become responsible for complying with those regulations, it becomes more important than ever to automate the tracking of employee hours and the payment of required benefits such as sick leave.

SwipeClock is a leading provider of cloud-based integrated workforce management solutions that include automated time and attendance, advanced scheduling, and leave management capabilities.

Records are effortlessly kept for years and accrual is automatically tracked and reported to employees according the state and city laws.