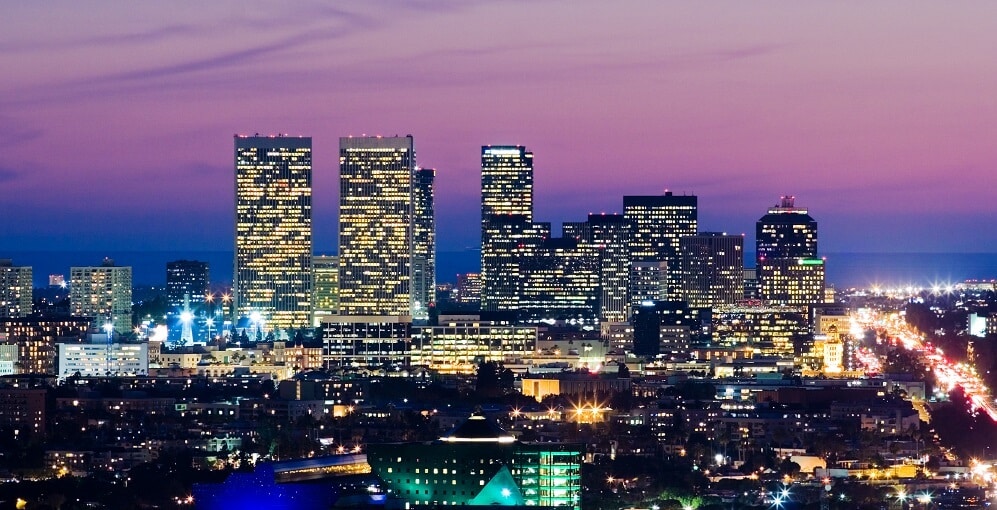 In addition to the hodgepodge of sick leave laws across California, Los Angeles become another city with independent sick leave laws. Despite the fact that the State of California recently implemented statewide sick leave laws, individual counties and cities throughout California are enacting additional laws.

This creates a confusing web of employment laws for employers to abide by. The purpose of this article is to highlight the Los Angeles paid sick leave laws and some of the differences between the city ordinance and the state laws.

March 15, 2017 Update: On March 14, 2017, the City of Los Angeles published an update to their rules regarding the Minimum Wage Ordinance and mandatory sick leave requirements. This article has been updated to reflect the most recent changes implemented in Los Angeles.

On June 2, 2016, Los Angeles Mayor Eric Garcetti signed into law ordinance 184320, the sick leave laws and minimum wage increases into effect. The new law gave businesses less than 30 days before it went into effect, making it a heavy and difficult take for companies to urgently reevaluate their human resource policies mid-year.

Employers had to navigate between the California Healthy Workplaces, Healthy Families Act, and the new city ordinances. The Los Angeles Paid Sick Leave Ordinance expands coverage above what the state law provides.

The new and expanded FAQs for Los Angeles’ sick leave ordinance defines a business size as being based on the number of employees who work 2 or more hours a week at the business. It also states that employers can use different sick leave methods for different employee classes.

Businesses of 26 or more employees must follow the advanced minimum wage schedule outlined for the City of Los Angeles. Small employers, with 25 or fewer employees, have a delayed schedule. This is also true of sick leave implementation as small employers have 1 extra year to fully implement the sick leave requirements.

Employers who have employees both in LA and outside the city limits, the updated FAQs define employer size as being based only on covered employees.

Regardless of the number of employees a business has, the 25/26 employee rule applies only to Los Angeles based employees who work 2 or more hours a week for their employer. Occasional-basis employees who work part of the time in LA would be included in the employee count.

Los Angeles increased the city-wide minimum wage beyond the California minimum wage. The wages are scheduled to increase annually for the next five years and thereafter based on the Consumer Price Index.

Los Angeles has two schedules of the minimum wage increases which are based on the employer. Small businesses, with less than 25 employees, have a separate schedule than other businesses. The classification for small or large businesses is based on the average number of employees in the previous calendar year.

Unlike its sister city, Santa Monica, Los Angeles does not have separate sick leave provisions for small businesses. All sizes of businesses within the city’s borders have the same provisions.

However, small businesses of 25 or fewer employees were given a year to be ready for sick leave.

Any employee who works 2 hours or more in a week inside the city limits of Los Angeles is covered by the sick leave laws. This includes all seasonal, temporary, transitional and part-time employees. There are no exceptions for employees covered under union agreements, which is different than state law.

Employees are allowed to use sick leave for themselves or for a family member.

The Los Angeles sick leave may be used for all the same provisions as California Paid Sick Leave laws. This includes usages for preventative care and the diagnosis and treatment of illnesses. California law also allows for victims of domestic violence, stalking or sexual assault to seek redress for those injuries.

This includes, but is not limited to legal and court procedures, to obtain a restraining order, to relocate to a safe location, and counseling or other services provided by a domestic abuse or rape crisis center.

It’s important to note that the City of Los Angeles recognizes all relationships or affiliations with the affinity or equivalent relationship as a family.

Sick leave starts accruing on the first day of work. However, employers can prohibit the use of sick leave for the first 90 days of employment. After the probationary period, the employer cannot restrict the usage of sick leave up to the usage cap allowed by the city of 48 hours.

California law allows employers to require a minimum usage of 2 hours of sick leave for each time leave is used.

Los Angeles does not allow for this requirement. If an employee uses only an hour of sick leave, then the employer cannot require that they use more than an hour of their accrued sick leave.

Coordination with Paid Time Off Policies

Los Angeles allows for employers to use a PTO policy to fulfill the sick leave requirements as long as employees are allowed to use sick leave in accordance with city ordinances. Additionally, PTO policies must provide at least 48 hours of leave for employees.

It is important to note:

If employers use the accrual method for sick leave accrual, then a hard cap on sick leave is not allowed per the new updates to the ordinance. Employers can cap the sick leave maximum at 72 hours, which serves only as a temporary, but not a permanent cap.

If an employee is hired by the same employer within a 12 month period, then any unused and accrued sick leave shall be reinstated to the employee.

Reasonable Documentation and Notification of Sick Leave Use

Los Angeles allows for reasonable documentation to be required from an employee once an employee has missed 3 or more consecutive days of work. Documentation cannot include an explanation of the illness and cannot be something that deters employees from using sick leave.

However, it’s important to note that California law does not allow for an employer to condition sick leave based on a doctor’s note. Therefore, employers can only require documentation for sick leave time that is above the California time provided.

The city laid out a separate ordinance 184319 that lays out the governing procedures for ensuring compliance with the sick leave laws. The Ordinances created an Office of Wage Standards (OWS) that falls within the Bureau of Contract Administration of the Department of Public Works.

The OWS can access payroll records and interview witnesses, among other broad powers. Penalties for non-compliance can result in penalties of $50 per person per day. This is in addition to the daily administrative penalty of $500. Fines can be doubled if subsequent violations occur.

Additionally, civil penalties can fine up to $120 per day in addition to unpaid wages and damages. Failure of employers to post notice of employee rights can result in a penalty of $500, while retaliation to employees who exercise their rights for sick leave and minimum wage is punishable for up to $1,000 fine.

California law allows for adverse action to be taken within the first 30 days. However, the city expands this to 90 days.

Employers must post notices of the ordinance and update the minimum wage posters annually. In addition, if more than 5% of the employees speak any other language, posters must also be posted in those languages.

Employers are required to maintain payroll and employment records for a minimum of four years.

Businesses who have employees in Los Angeles, Santa Monica and a growing list of other cities may have to comply with multiple conflicting City ordinances defining Sick leave accrual and usage laws.

Additionally, these businesses have to also comply with California Sick Leave laws and maintain compliance with Federal Overtime Laws, the Family Leave Medical Act and any other national or local laws that are enacted.