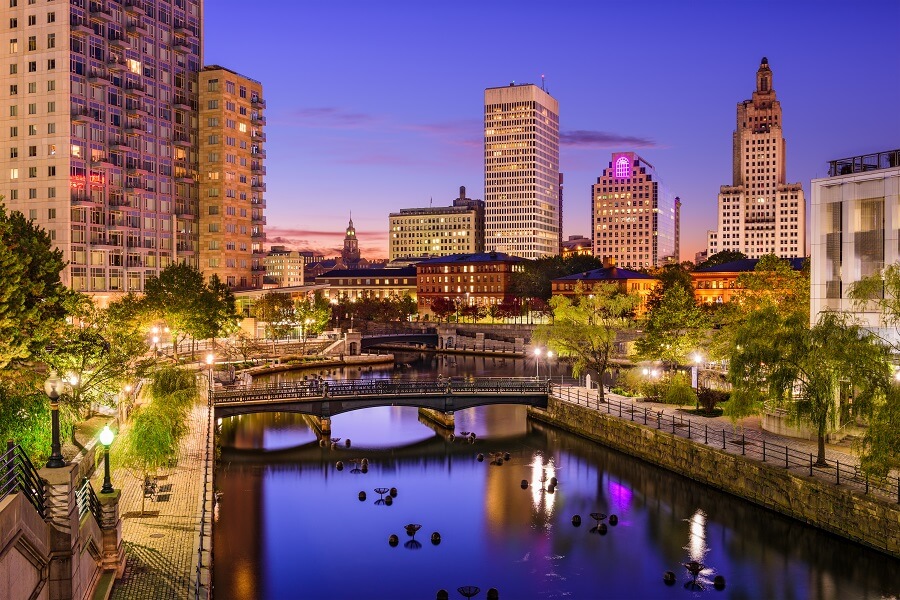 One unique aspect around Rhode Island’s preemptive law was that it was introduced, passed and promoted by House and Senate democrats who could see that local minimum wage laws create a strain on businesses and makes compliance with a patchwork of law more difficult and costly for entrepreneurs.

At the time of the preemption law, Providence, R.I. was close to passing a new minimum wage for hotel workers that would have required a $15 minimum wage, nearly double what the statewide minimum wage was at the time.

In the 2017 legislative session, Rhode Island lawmakers have introduced a bill that would increase minimum wage to $10.50 an hour. The bill has made it to committee, but has not yet passed.

Although Rhode Island already has a Family Medical Leave Law, the state has introduced a sick leave bill that would provide one of the most generous sick leave laws to employees.

The bill H 5413, named the “Healthy and Safe Families and Workplaces Act” and covers all employees within the state.

If it passes, Rhode Island would become the second state to implement both a family leave law and a sick leave law. Only California currently has both Family Leave and Sick Leave Laws.

The bill would provide 1 hour of sick leave for every 30 hours worked and employees would be able to earn up to 56 hours a year, or 7 days of sick leave.

Employers are given the option of paying out sick leave at the end of each year or of carrying it over to the following year. All unused sick leave is to be carried over to the next year, but

The new law is very comprehensive and covers employees of individuals, in addition to all private businesses and state and local governments. The only exception to the sick leave coverage is employees of the United States Government.

The law allows employees to take time off for illness, injury and health conditions, both mental and physical, for both the employee or their family  members. It also provides time for closures of workplaces, schools, and places of care due to a public health emergency.

That includes when the employee or a family member has been exposed to a communicable disease, even if they haven’t yet contracted it.

Lastly, paid sick leave is provided for victims of domestic violence so that they can seek safety, redress, legal and civil, and take time for professional services to recover from the trauma they have survived.

Sick leave is available for employees and their family members. The family members that are allowed under the proposed bill would include parents, children, spouse or domestic partner, grandparent and grandchild, sibling and any other individual related by blood or affinity whose close association with the employee is akin to a family relationship.

The last definition of a “family member” can include nearly anyone for whom the employee considers the relationship close.

The proposed sick leave law also provides for a sick leave bank of 1 year. That means that if employees are rehired with the same employer within 1 year, all previously accrued and unused sick leave must be reinstated to the employee.

Employees are protected from retaliation, must be provided notice by the employers if the law passes.

Unfortunately, like many other sick leave laws, employers who fail to maintain adequate records are assumed to be liable and guilty of violating the law. This is especially important as the bill states that employers must maintain records for 3 years, but doesn’t specifically state which records or how comprehensive they must be.

Fines for violating the proposed law will be failry stiff. The first offense can cost an employer $500-$3,000 and subsequent violations can cost up to $5,000 for each offense.

Should the proposed sick leave law fail to pass, businesses in Rhode Island must still navigate a myriad of state and federal employment laws relating to leaves, pay, benefits, and overtime. Fortunately, SwipeClock works with employers and payroll companies to provide comprehensive technology that maintains full records and helps companies to maintain their bottom lines.