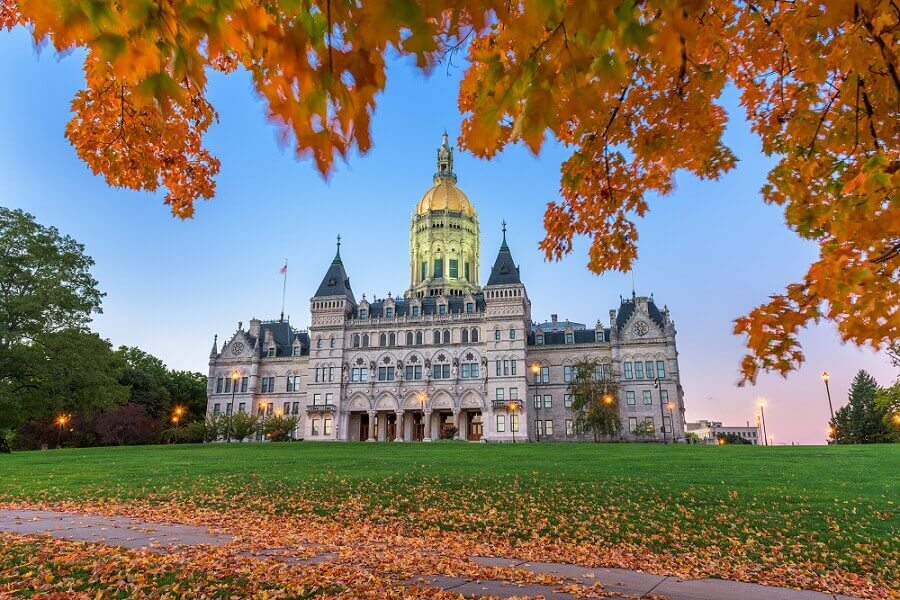 Connecticut provides sick leave for service related employees (listed below) who work in the state. Every employer who has more than 50 employees is accountable to the law. Small businesses with less than 50 employees are not required to provide sick leave to their employees. Workers accrue 1 hour of sick leave for every 40 hours of worked time and can accrue up to 40 hours in a calendar year. Hours can be rolled over and the law provides a probationary time and a few exceptions to sick leave allowance.

Employers whose employee number fluctuates over and under 50 employees must use the payroll that contains the date of October 1 to determine if they must pay sick leave the following year. Thus if during the pay period in which October 1 is paid, the employer has 51 employees, even if the rest of the year they only have 47 employees, that employer must pay sick leave benefits in the following calendar year.

It is against the law for an employer to fire, dismiss or transfer an employee during that pay period for the purpose to avoid meeting the 50 employee threshold.

Service workers are specifically awarded sick leave under the new law. Connecticut outlines over 60 jobs and functions that are eligible for the new sick leave including machine operators, restaurant employees, service guards, and data processing employees.

Employees who businesses employ less than 50 employees are not eligible for the mandatory sick leave benefits. Additionally, temporary employees are also considered exempt to the sick leave laws. Workers who are covered by a collective bargaining agreement (CBA or Union Contract) are also excluded from the sick leave laws. Additionally, there are some specifically named service workers who are named in the law including:

Furthermore, any employee who is considered an exempt employee and is exempt from minimum wage and overtime laws according to the Fair Labor Standards Act is exempt from Connecticut’s Sick Leave Law. 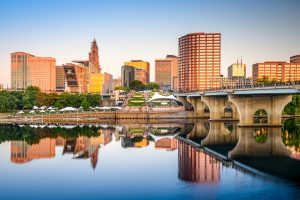 Employees are allowed to use sick leave for either themselves or for a family member. Allowable sick leave include the following:

Unlike surrounding states, which have expanded family member definitions, Connecticut only allows for the employee to take off accrued sick and safe time due to themselves, a child or a spouse. Children included are specifically children under the age of 18 or children who are unable to self care due to a mental or physical disability. Connecticut honors the following child-parent relationships: biological,  adopted, foster, legal ward, or in loco parentis.

Service Workers accrue sick and safe time at the rate of 1 hour for every 40 hours of time worked. Workers can earn up to 40 hours of sick leave in a calendar year. Unused hours, up to the 40 hours, can be rolled into the next year. Even when employees roll over sick leave from previous years, they can still be limited to use only 40 hours in a given year.

Employers are allowed to use any 365 day time period, not just a calendar year. Although the original statute specifically defined a calendar year, the law was amended to avoid forcing employers to amend sick leave policies that were more generous, but that used a separate year from the calendar year.

Employees immediately start earning sick leave on the first date of employment. However, employers can restrict the use of sick leave for the first 680 hours of employment. For a full time employee, that equates to roughly the first 17 weeks of employment or 85 workdays. This is similar to other states 90 days of probationary period. The Connecticut law also provides that part time employees who averaged a workweek of less than 10 hours the previous quarter can also be restricted from using accrued sick leave.

Front Loading and Coordinating with Paid Time Off Policies

Employers who have more generous sick leave policies can allow for that time to be used to meet the Connecticut sick leave requirements. Additionally, if the employer offers other paid time off including vacation days, personal time, or paid time off that is equal or greater than the required time provided by law.

Employees who use sick leave for purposes other than prescribed by law, or by an employer’s broader employment policy can be disciplined by the employer.

Civil penalties are $500 for each violation. Additionally, additional redemption can be administered to the business in the employee’s behalf. These remedies include, rehiring, reinstatement of the employee’s position, payment of back wages, reestablishment of employment benefits, and other remedies.

Employers are required to post the Connecticut Sick Leave Law Poster in a conspicuous place that is accessible to service workers. It must be at the employer’s place of business and be in both Spanish and English. Additionally, employers must notify employees upon the date of hire of their sick leave policy and the worker rights under the law. Employees must also be notified that retaliation is prohibited and that they can file a complaint with the Department of Labor.

Connecticut does not have any specific documentation requirements or defined retention period. However, if an employee files a complaint against an employer, it is the employer’s responsibility to prove compliance with sick leave laws. Most states and local jurisdictions require a minimum document retention of 3 years and it would be a best practice for Connecticut businesses to likewise maintain records for up to 3 years. Employers should consider keeping records that outline the employee’s hours worked and accrued hours. They should also maintain records of employees used sick leave hours and any documentation that was required for sick leave uses over 3 consecutive days. Employers should be careful  not to retain private health related information that would violate  HIPAA and other Privacy Laws. A good timekeeping solution can automate the documentation and tracking of sick leave, as well as maintain a good retention policy of employee sick leave usage and accrual.

Businesses who have employees in Connecticut and surrounding states may have to comply with multiple conflicting City ordinances defining Sick leave accrual and usage laws. Additionally, these businesses have to also comply with Federal Overtime Laws, the Family Leave Medical Act and any other national or local laws that are enacted. SwipeClock provides a comprehensive array of workforce management and time tracking tools that can help businesses to more easily stay in compliance with local and national laws. Records are effortlessly kept for years and accrual is automatically tracked and reported to employees according to the state and city laws. Additionally, with geo-timekeeping clocks, businesses can effortlessly track time worked in specific cities to ensure compliance.