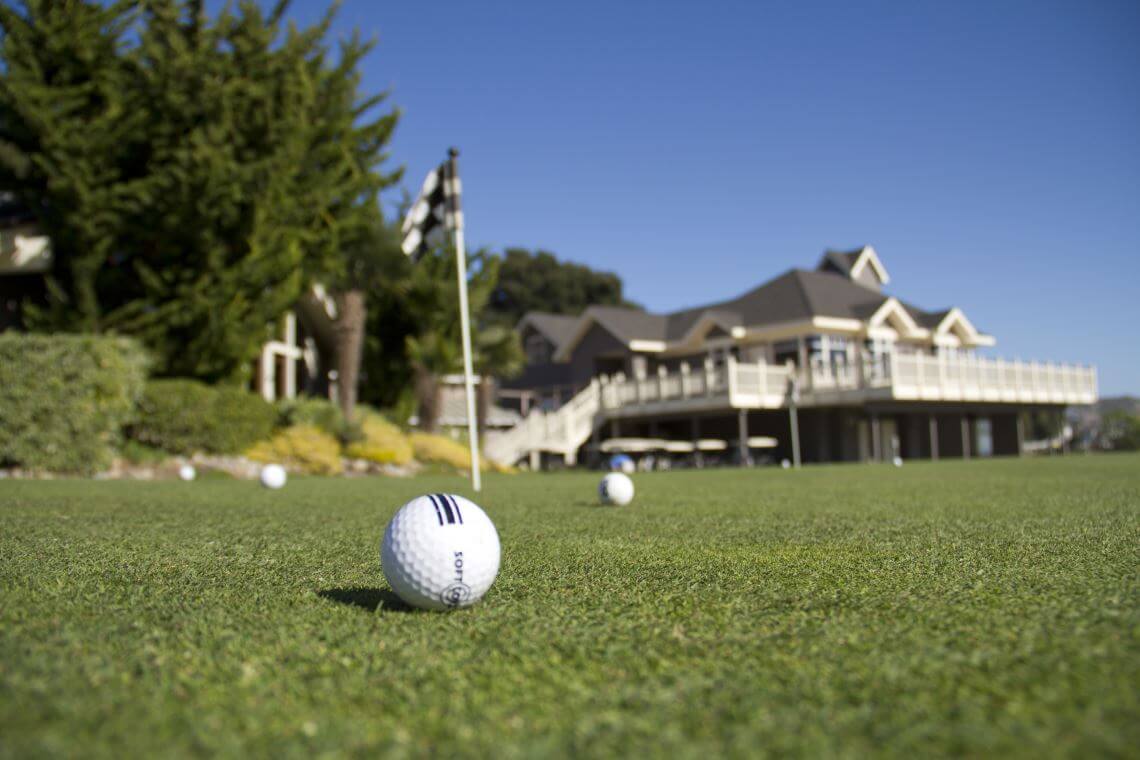 The Avila Beach Golf Resort is the most well-known of the Central Coast golf courses in California. The course opened in 1969 and has been a top destination for golfers ever since. The resort’s spectacular coastal setting just south of San Luis Obispo offers the perfect location for weddings, private events, concerts, festivals, or just taking in the majesty of California’s central coast.

SwipeClock has been a great win for Avila Beach Golf Resort. Payroll processing has been reduced from hours to minutes, the company saves thousands of dollars, and everyone loves it. Now, no one can imagine doing time and attendance in the old way.
Katie Sturtevant

While the resort has a stellar rating of 4.4 out of 5 on Google, the company’s time and attendance system didn’t measure up. Each of the resort’s five departments—restaurant, private events, special events, golf, and maintenance—used different methods for tracking employee time. One department even had an old punch machine that physically stamped the current time on a paper card after employees inserted it.

This outdated approach caused several problems. First, people would clock in and out for other workers. Commonly known as “buddy punching,” this practice cost Avila Beach Golf Resort thousands of dollars a year. “When I first looked into modernizing our attendance system, I was told about the buddy punching problem by a colleague,” said Katie Sturtevant, General Manager for Avila Beach Golf Resort. “I was appalled when I learned the full extent of the problem.”

The second challenge was time. Having multiple ways of tracking time and attendance added about four to six hours of extra preparation time for Katie, the Department Managers, and Bookkeeper to each payroll period, which occurred every two weeks. “Not only would it take a lot of time to prepare payroll, we often had questions for the department heads due to missed or unreadable punches. Resolving these issues took valuable time away from running their departments,” said Sturtevant.

This manual and time-consuming process led to the third difficulty—accuracy. Because employee hours, declared tips, and other items were calculated by hand, there were inevitably errors that resulted in payroll mistakes. “Right after payroll was distributed, there would be a few workers that noticed problems with their paychecks,” said Sturtevant. “To resolve the issues, we needed to spend even more time working with each Department Manager and the affected employees. In effect, payroll wasn’t over when the checks went out.”

Due to these challenges, Avila Beach Golf Resort replaced its old system with TimeWorksPlus from SwipeClock to manage time and attendance across all of the resort’s departments. Avila is also using clocks from SwipeClock with biometric fingerprint verification and as well as video cameras as a double measure to discourage buddy punching.

With SwipeClock, preparing payroll now takes just five minutes, compared to the four to six hours with the old system. Avila’s Bookkeeper literally forwards the payroll file from SwipeClock to the resort’s payroll provider and that’s it. “It was like night and day,” exclaimed Sturtevant. “This difference is really amazing.”

With the old disparate systems, changes often had to be made manually, which took a lot of time away from serving guests. The new process also greatly improves payroll accuracy since almost all discrepancies are taken care of in advance.

Even employees like TimeWorksPlus. Because time and attendance are now standardized on SwipeClock, there are more clock locations through the resort to punch in and out. “I have heard lots of comments about how easy SwipeClock is to use,” said Sturtevant.

“SwipeClock has been a great win for Avila Beach Golf Resort,” concluded Sturtevant. “Payroll processing has been reduced from hours to minutes, the company saves thousands of dollars, and everyone loves it. Now, no one can imagine doing time and attendance the old way.”

See it in Action

Request a personalized demo to see how SwipeClock can find the right solution for you.